Home » Cases of Note » Denstaedt v. State – not knowing what experts review is always admissible is not ineffective
a
20October, 2014

Denstaedt v. State – not knowing what experts review is always admissible is not ineffective 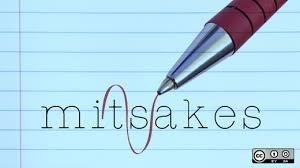 Denstaedt v. State, A14A0858, Court of Appeals of Georgia, October 7, 2014. Matthew Denstaedt was convicted of DUI per se or driving over the legal limit as proven by an alcohol breath test in Gwinnett County State Court after an arrest by a Duluth Police Officer. He was acquitted of being a less safe driver due to alcohol and of speeding.  He appealed his DUI per se conviction alleging ineffective assistance of counsel because his attorney was unable to get the breath test calibration tests into evidence reviewed by his expert at trial as a result of a hearsay objection by the prosecutor.  Further, Denstaedt’s trial counsel did not anticipate such an objection or that the court would sustain the objection and failed to respond to the objection that an expert may testify to hearsay materials reviewed by him in preparation for his testimony nor subpoenaed the authentication witnesses to court for the calibration tests.

The Georgia Supreme Court has held, “In the situation in which an expert personally observes data collected by another, the expert’s opinion is not objectionable merely because it is based, in part, on the other’s findings. Even when an expert’s testimony is based on hearsay, the expert’s lack of personal knowledge does not mandate the exclusion of the opinion but merely presents a jury question as to the weight which should be accorded the opinion.” Velazquez v. State, 282 Ga. 871, 875 (3) (655 SE2d 806) (2008). See also Watkins v. State, 285 Ga. 355, 358 (2) (676 SE2d 196) (2009) (GBI toxicologist was properly permitted to testify concerning victim’s blood-alcohol level based on her peer review of testing performed by another GBI employee). See also Georgia Rules of Evidence as codified in O.C.G.A. 24-7-703,705 and 707 allowing experts to testify and offer opinions based upon the observations and data of others not in court.

The 5 members of the Court of Appeals found no prejudice and that there was no reasonable probability that had the jury received the evidence the outcome would have been different.  Therefore, there was no ineffective assistance of counsel.  Ineffective assistance of counsel requires a showing that there is a reasonable probability that, but for trial counsel’s failure [to overcome the objection to the expert witness’s testimony], the outcome of his trial would have been different.  Justice McFadden strongly dissented and would have found ineffective assistance. It goes without saying that a lawyer should be familiar with at least basic evidence issues surrounding the admission of expert testimony when offering an expert on behalf of the defendant.