Levels of Police Encounters-Know Your Rights

Benjamin Franklin once said, “The only things certain in life are death and taxes.” He was wrong. The third certainty in your life is that at some point in time you will have an encounter with a police officer. Ben’s compatriots envisioned this inevitable run in with authority, and thus drafted the Fourth Amendment, ensuring our right to be free from “unreasonable search and seizure.” But what is an unreasonable search and seizure? Courts have been debating this question for years, and the debate rages on in the city courts of Atlanta, the state courts of Georgia, and all across this country. While there is no hard and fast answer to this question, it is important to know how Courts have attempted to define where your rights begin and where the Government’s end. The following focuses more so on the seizure aspect of Fourth Amendment rights as delineated by Georgia courts as well as the United States Supreme Court. Remember that each set of facts is unique, and a Court will look to the totality of the circumstances of your particular case in deciding whether your Fourth Amendment rights were violated. Our aim here is to give you a general understanding of your rights as you encounter police officers in your daily life, especially as you drive on the roads of Georgia and beyond.

A first-tier encounter is the most minimally intrusive meeting someone can have with a police officer. For instance, a police officer is allowed to walk up to a parked vehicle and talk to the driver. The officer can even ask if you consent to a search for drugs. Palmer v. State 257 Ga. App. 650 (2002). The officer need not have “articulable suspicion” in order to engage in this type of encounter. No seizure of your person occurs during this first-tier encounter. The officer can also ask for your identification, even if s/he has no basis to suspect you are committing, or have committed, a crime. So long as there is no coercion or detention involved (as viewed by the officers’ words and actions), the encounter falls outside the boundaries of the Fourth Amendment. Simply stated, no seizure occurs when an officer approaches you merely to ask questions. Rogers v. State, 206 Ga. App. 654 (1992). 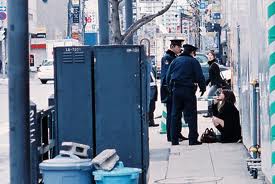 Because this is only a first tier, consensual encounter, you are under no obligation to speak with the police officer. Similarly, you are under no obligation to let the officer search your vehicle. However, if you feel compelled to speak with the officer based on his conduct and mannerisms, or the content and tone of his questioning, what may have begun as a consensual encounter is now an investigatory stop.

A consensual encounter may become a seizure or a detention once you feel that you are not free to leave. To seize/detain an individual, an officer needs reasonable, articulable suspicion that you are committing, have committed, or are about to commit a crime. The actual seizure occurs once a reasonable person believes, based on the totality of the circumstances, that he or she is not free to leave. United States v. Mendenhall, 446 U.S. 544 (1980). This “reasonable person standard” is somewhat of a hybrid objective/subjective standard. It is subjective in that you personally feel you are not free to leave, or end the encounter, based on the officers’ words or conduct. However, your feeling must be “reasonable” based on the circumstances, and thus an objective element is attached. In court, a judge determines whether your belief was reasonable in deciding whether a seizure occurred under the Fourth Amendment. In a similar vein, the judge determines whether the police officer was able to express the proper level of suspicion to detain you in the first place. The words “seizure” and “detention” are used intercchangeably for the most part when discussing the Fourth Amendment. If the officer was not able to articulate his suspicion to the judge’s satisfaction, all physical and testimonial evidence (statements you made) is suppressed, as the “fruit of the poisonous tree.” Wong Sun v. United States, 371 U.S. 471 (1963).

A common example of a second tier encounter is when an officer stops you after he or she has seen you commit a traffic violation. State v. Bibbins, 271 Ga. App. 90, 92 (2004). Another prime example is when an officer asks, “have you been drinking” before beginning a DUI investigation. What makes this investigatory stop a second-tier encounter is the length of the detention, rather than the officer’s questioning, even if the questions are unrelated to the reason for the traffic stop. Bibbins, 271. Ga. App. 92. As stated by the United States Supreme Court, the stop “must be temporary and last no longer than is necessary to effectuate the purpose of the stop.” Florida v. Royer, 460 U.S. 491, 500 (1983). Unless the officer has reasonable suspicion to believe you have committed, or are committing a crime, his or her questioning exceeds the scope of the investigation when he begins to ask about matters unrelated to the traffic violation. State v. Gibbons, 248 Ga. App. 859 (2001). The Gibbons case involved a Georgia State trooper who pulled over Gibbons for a seat belt violation after he left Atlanta during Memorial Day weekend. The trooper’s questions focused on where Gibbons and his companion were coming from, how he knew the people he was previously hanging out with in Atlanta, and where he worked. The Georgia Court of Appeals deemed this line of questioning impermissible as it did not relate to the traffic violation, and as such the questioning constituted an unlawful detention.

If you are pulled over for a traffic infraction, and the officer begins asking you questions unrelated to the violation, it is okay to politely ask, “am I free to leave?” Aside from giving the officer your biographical information so he can run a license and check and make sure you have no outstanding warrants, you should not feel obligated to answer questions that do not pertain to the reason he or she pulled you over.

As stated earlier, DUI officers in Atlanta, the state of Georgia, and elsewhere often begin a DUI investigation by asking if you’ve had anything to drink. It is safe to assume that if the officer asks this, you’re no longer free to leave. Although officers will not tell you this, the roadsides exercises you’re asked to perform are VOLUNTARY, including the request to blow into a portable breath test device on scene. A refusal to perform these voluntary roadside tests DO NOT result in the loss of driving privileges. However, Georgia will suspend your driver’s license for up to a year if you refuse to blow into the Intoxilyzer 5000 or 9000 at the police station, jail or police RV. If you refuse to blow, it is best to explain that your refusal is based on the advice of a DUI attorney who has told you that the results of the Intoxilyzer 5000 machines are neither reliable nor able to be sufficiently verified (they aren’t, take a look at this), and not because you have anything to hide.

Closely related to a second tier encounter is a “stop and frisk,” or a “Terry Stop.” The latter term comes from the Supreme Court decision in Terry v. State of Ohio, where a police officer maintained watch on two individuals whom he believed were about to rob a store.  The officer approached one of the individuals, patted down the outside of his clothing, then reached inside his coat to pull out a pistol. The United States Supreme Court held that under the circumstances the pat down and retrieval of the gun did not violate Terry’s Fourth Amendment rights. So what does this mean for you? If you are walking down the street can an officer approach you and pat you down? Absolutely not. An officer is only allowed to pat down the outer portion of your clothing only if he or she reasonably believes you to be armed or dangerous, as based upon specific and articulable facts. In Terry the Supreme Court reasoned that that, “The officer need not be absolutely certain that the individual is armed; the issue is whether a reasonably prudent man in the circumstances would be warranted in the belief that his safety or that of others was in danger.” Terry v. Ohio, 392 U.S. 1 (1968). This means that while the police need not have probable cause to arrest in order to conduct this stop and frisk, the officer needs more than a hunch. The Stop and Frisk has been highly debated recently since NYPD began using it not a check for weapons for officer safety but as a pre-text for searching “suspicious” persons for drugs and other illegal activities. An investigatory stop, or “Terry Stop”, has the potential to escalate into a “de facto arrest,” or even an actual arrest once the the detention exceeds the time which is reasonably necessary to investigate the original allegation. Grandberry v. State, 289 Ga. App. 534 (2008). Any length of detention beyond which is necessary must be supported by probable cause to arrest. There is no bright line rule which would determine when an investigatory stop becomes an arrest.  In the Grandberry case, the Defendant was detained on scene forty minutes in Thomas County, Georgia while the police tried to find the complainant who alleged Grandberry had robbed him. After forty minutes of unsuccessfully searching for the complainant, the police directed a drug to sniff around Grandberry’s car. The drugs found pursuant to the sniff were suppressed and the case was dismissed because the police did not have probable cause to to detain Grandberry for forty minutes. Some more recent cases are indicating 20 minutes is the limit for an investigative detention. So when are you arrested? Unless the police tell you that you’re under arrest, there really is no simple answer. What is clear is that at some point the police must have probable cause to continue the detention. And what constitutes probable cause you may ask? The United States Supreme Court has so eloquently stated that probable cause exists where, “the facts and circumstances within their (the officers’) knowledge and of which they had reasonably trustworthy information (are) sufficient in themselves to warrant a man of reasonable caution in the belief that an offense has been or is being committed.” Brinegar v. U.S., 338 U.S. 160, 175 (1949).

To summarize, the protections of the Fourth Amendment are triggered in some degree every single time you interact with a police officer. The longer that you are in the presence of a police officer answering questions, the more likely your encounter has escalated beyond first tier encounter. So be prepared, and avoid this feeling. Remember, it is best to assert your right in a polite and respectful manner. Many officer will push the boundaries up to the point you give them a reason to back off. We hope this information has been helpful. Should you have any further questions regarding your Fourth Amendment rights, don’t hesitate to call or email.