Home » Cases of Note » Christian v State – the stop can be hearsay but the criminal history needs certified operator
a
16October, 2014 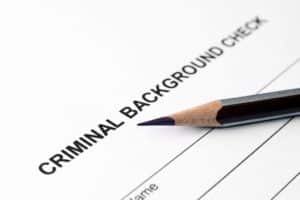 Christian v. State, A14A1353 Court of Appeals of Georgia October 7, 2014. Billy Wayne Christian was stopped in Whitfield County after making a scratching sound with his tires because dispatch informed him that his Tennessee Tag was not on file. Christian was convicted of driving on a limited permit and DUI after a bench trial. Christian was not convicted or even charged with any tag violation. Christian filed a motion to suppress challenging the stop. The Officer testified that he stopped Christian because dispatch returned that the Tennessee tag was not on file. The Officer testified that because not on file means not a valid tag.  The Court found that despite there being no witness to testify from dispatch it was not hearsay as objected to by Defense counsel because it merely explained the conduct of why the officer stopped the driver and was not presented for the truth of the matter asserted. Query: perhaps the attorney should have objected to the Officer testifying what “tag not on file” means as hearsay.

Former OCGA § 24-3-17 provides that any court may “receive and use as evidence [criminal history] in any case information otherwise admissible from the records of the Department of Public Safety or the Department of Driver Services obtained from any terminal lawfully connected to the Georgia Crime Information Center without the need for additional certification of those records.” (now OCGA § 24-9-924 (a))  The. The court reversed the conviction of the limited permit because the clerk that testified that GCIC came from a certified terminal was not certified to use GCIC and did not pull GCIC from the certified computer.