Home » DUI Myths » There is a Giant Hole in the accuracy of Standardized DUI Field Sobriety Evaluations
a
4September, 2015 September 4, 2015.  I was listening to an episode of Econ Talk on Econometrics and the thought occurred to me of whether anyone had done a regression analysis on Standardized Field Sobriety Evaluations field studies which is the first and most basic step in the Statistical analysis of any data to analyze patterns, causation, and other phenomenon.  I was pleasantly surprised to find that they had in Dr. Michael Hlastala, Nayak Polissar, and Steven Oberman’s article in the Journal of Forensic Sciences May 2005, Vol. 50, No. 3, titled, “Statistical Evaluation of Standardized Field Sobriety Tests.” The results, after performing a simple regression analysis, were shocking. Using the raw data from the study (Stuster J, Burns M. Validation of the standardized field sobriety test battery at BACs below 0.10 percent. August 1998. National Highway Traffic Safety Administration), they determined that Standardized Field Sobriety Evaluations (HGN, Walk and Turn, and One Leg Stand) were 85% to 90% accurate below 0.05 and above 0.12 but were seriously inaccurate between 0.05 and 0.12 reaching a low point at 0.07 of about 35% accurate or conversely 65% inaccurate. So the takeaway is when people are drunk or sober standardized field sobriety evaluations work, but where it is not obvious they don’t work.  This is ignoring the obvious selection bias of performing field tests on the public roads after midnight when many drivers are drunk, only performing on people with alcohol on their breath, etc., and do not reflect a properly randomized sample. 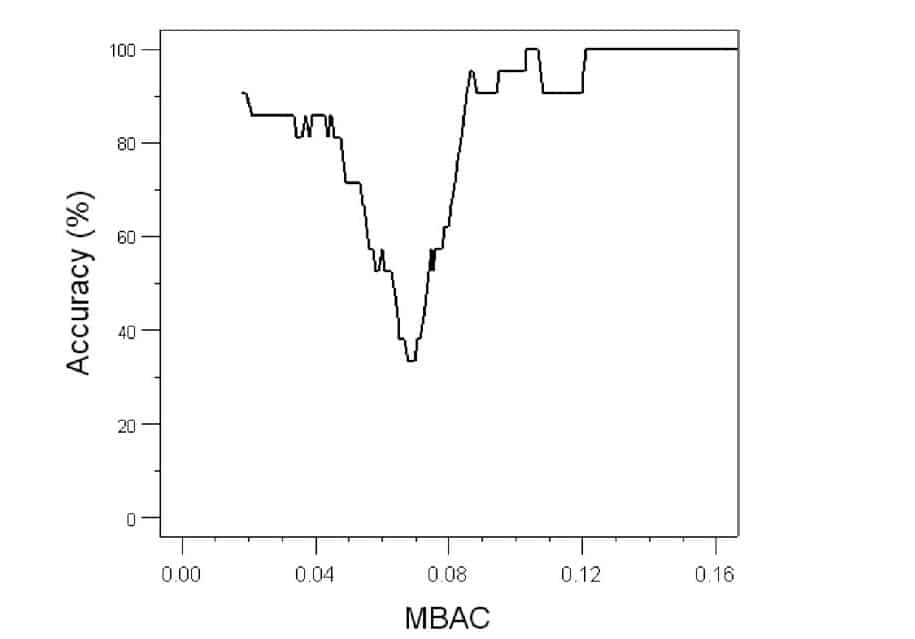