Home » Cases of Note » Williams v State – the Constitution is not a loophole or a technicality
a
6April, 2015 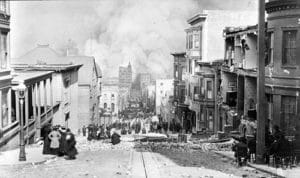 Williams v. State, S14A1625, March 27, 2015. A legal earthquake is shaking things up in Georgia’s DUI law. John Williams was convicted of driving under the influence of drugs. He moved to suppress the state-administered blood test on the basis that Georgia’s Implied Consent Statute does not amount to the required voluntary consent under the 4th Amendment of the United States and Georgia Constitutions.  In this case, Williams was not asked if he freely and voluntarily consented to the tests but simply was read the Implied Consent Statute and was asked to respond yes or no.

First, the Georgia Supreme Court held that State intrusions into the body require a warrant. Second, the Court held that warrantless searches are presumed unreasonable unless some recognized exception exists,  Third, the Court held that the exigent circumstances exception or loophole did not apply in a DUI case simply because alcohol dissipates over time as in Missouri v. McNeely, 569 US ___, 133 S.Ct. 1552, 185 LE2d  696 (2013).  The only loophole left is the voluntary consent exception.  So the Supreme Court sent the case back to determine if Williams gave voluntary consent to a blood test outside of the Implied Consent rights to see if that loophole to the Constitution applied.  The only question that remains is if actual consent is required for a breath test as well.